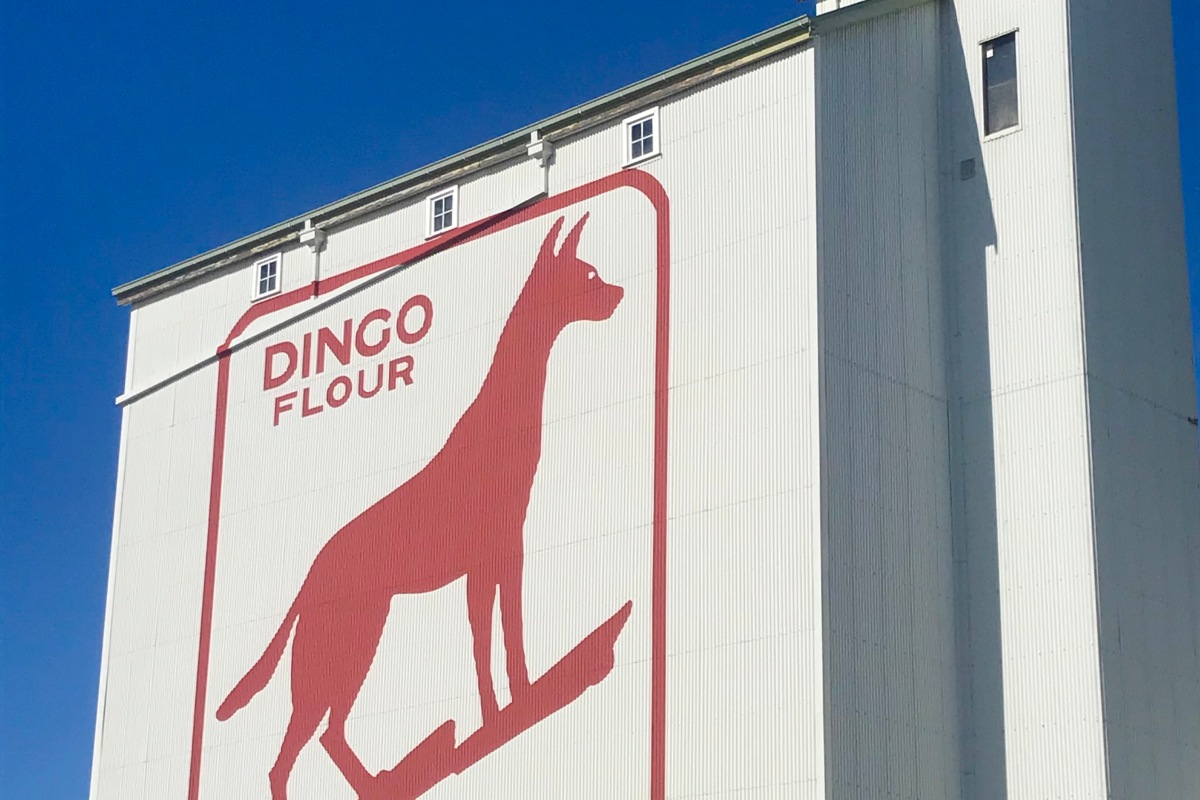 What a fantastic discussion with Ro and Molly! Crowded houses, Greek cliffs, dingoes, Frida Kahlo and stubborn cottages surrounded by an industrial tetris like world. Enjoy listening to the audio and reading a few words as well:

The dingo.  It’s a landmark.  The flour mill is heritage listed and the famous logo was first painted on the side in 1940 and famously repainted by a young Alan Bond.

Do you ever think to yourself, I wish Perth had a giant Frida Kahlo mural?  Well now it does!  Once you’ve taken your pics of the big red dingo, step across the road and fill your camera lens with the joyous colours of the Plata Bonito mural of Mexican painter Frida Kahlo.  She doesn’t smile much but you will once you get inside the building. I came away with giant brightly coloured rosary beads that for a non-catholic I’m still wondering what I should do with them.

At Rocky Bay there is deep water which means you get a lot of party boats dropping anchor to let people jump off into the deep, protected waters of the bay.  There’s also a really interesting clifftop walk with beautiful views of the bay and river traffic coming and going and also a very cool tree that is perched on the cliff and grown sideways, making a great cubby spot for kids. There’s also an old tunnel from the days of the soap factory and an even older cave from the days of the wagyl.

It doesn’t get much quieter than Gilbert Fraser Reserve on the banks of the Swan and where a little grandstand, in fact so small it has been referred to as a pavilion, but it’s spectator architecture at its best. Sit up in the stand and you can watch cricket and beyond the match just over the boundary rope are the lapping waters of the river with sometimes bigger lappings as the big boats chug past.

Mojos is famous in my family and will be famous for generations of music lovers to come.  Not only has it been a North Fremantle institution for live music for 50 years and modestly claims to be the best live music venue in the world, it is where Matilda first performed as lead singer of Dog Food, an all-girl band formed through a great music program called Girls Rock WA and that’s what sets Mojos feet firmly in their community.  It’s not just the biggest acts that attract an audience, it’s about new acts and opportunities.

The North Fremantle war memorial reminds us of the contribution and sacrifice of our small communities.  North Fremantle had so many of its players killed and injured during World War I, including at Gallipoli, that they relinquished their WAFL licence.

“I wasn’t keen on letting my house go – I’d worked for it” is a wonderful quote from an ABC story a couple of years ago, by Carmel Mullally.

Here is a cottage that is more Castle than The Castle.

There’s not a lot of serenity in a land dominated by a Tetris-like skyline of sea containers and rumbling trucks and bustling forklifts competing for who can be the loudest but it does feel quintessentially Australian that no only is life from another time hanging on in an industrial jungle but that it has also been allowed to survive and hasn’t just been squashed by dropping a sea container on it.

Over 800,000 sea containers were handled at Fremantle Harbour in the past year and if you’re not buying local for your Christmas presents I’d be getting those online orders in quickly.  I’m not into train spotting but I do like a bit of big industry spotting.  Here are logistics in action; shifting, lifting, scraping and storing.

Why is the North Mole Lighthouse Red? It’s over 115 years old and is a great spot for some big rod fishing or quiet sitting at sunset.

Port Beach has reopened after the horrific shark attack last weekend.  I was down there and saw the incredible efforts of police and rescue agencies to use every resource they had.  If you’re not sure about getting back into the water, it’s a beautiful beach for sitting on the sand or in the waterfront café which looks out to a view that extends to South Africa.

North Fremantle offers you the opportunity to immerse yourself in an experience of sea, river, music and mooching.  It’s definitely worth an afternoon wander that perhaps turns into sitting on Port Beach or standing at the North Mole Lighthouse to watch the sun go down before watching the lights comes up at a live venue for an act that, if you’re lucky, might be my daughter!