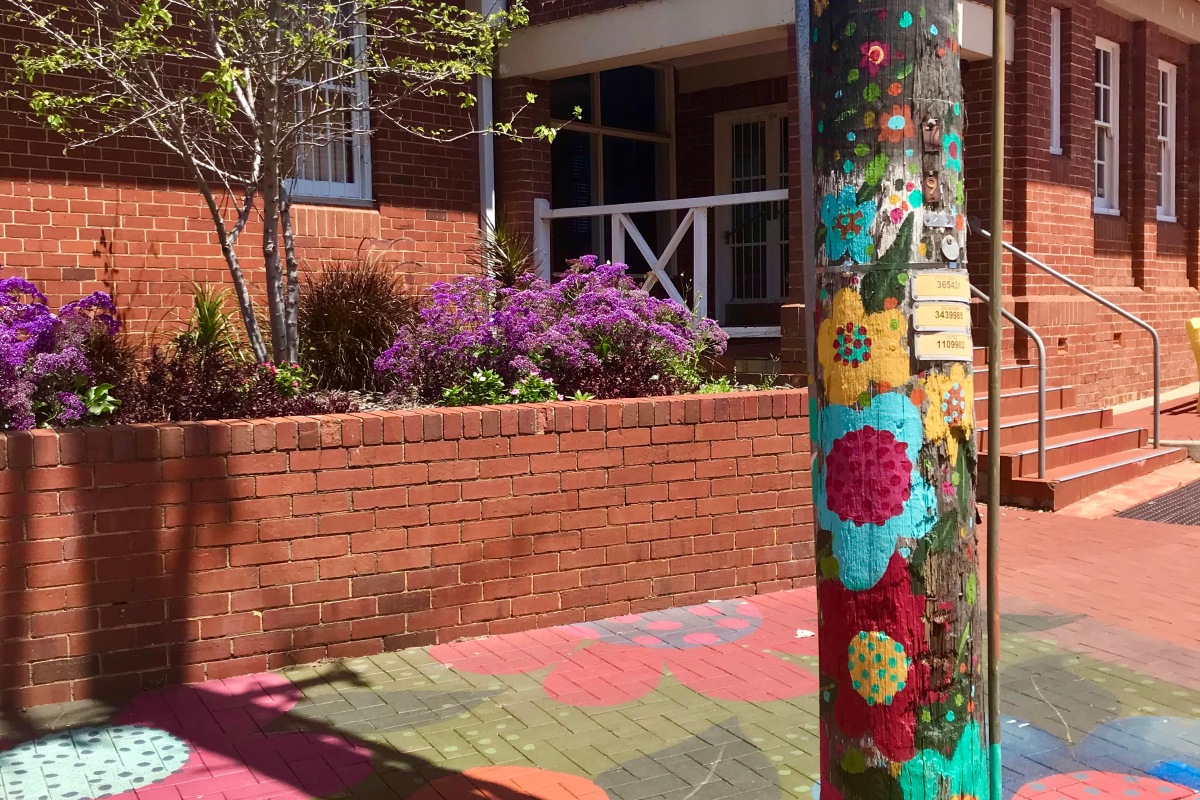 Hidden Treasures is coming off an amazing exploration last weekend of jetties around Western Australia and this weekend we thought we might slow down the pace of things.

A bit like when you’re on the country highways and hit those little towns that require you to slow down from 110 to 60, our next Hidden Treasure is about swinging in off a busy road and slowing down to the pace of life in a suburb that might remind you of growing up, or perhaps just visiting, a favourite country town.

Like those big entry statements that our country towns love, let’s give you a big ‘Welcome to Bassendean’!

Let’s start at the outskirts of Bassendean where you’ll find more trains than a Thomas the Tank Engine book. And carriages as well!

The Railway Museum in Bassendean is on the north side of the tracks and is as much about restoration as it is exhibition and is open every Wednesday and Sunday afternoon.

There are steam engines like the beautiful Katie, that began her service in 1881 on the Fremantle to Guildford line and big old diesel engines and carriages in various states of restoration and all with dreams of hauling people and cargo once more.

This year has been very important to the museum as it marks 150 years of railways in Western Australia when the first track was built in 1871 down near Busselton.

Just like so many heritage museums and sites around Western Australia, the Railway Museum would just be a scrapyard without volunteers to light the place up with enthusiasm and skill and the work they put into making the museum interesting to kids is wonderful, particularly the birthday parties in an old 1947 dining carriage.

Crossing over to the south side of the tracks, it’s just a short drive along Guildford Road to the intersection with Old Perth Road which is where you will find the main street of Bassendean.

I’ve been told to move on from banging on about jetties so I’ve picked a new subject to get all misty eyed about … main streets.

Bassendean is like a country town for lots of reasons but right up there at the top is its main street.  While the old Bassendean Hotel is still finishing its renovation there are shops and urban art on this street that are really enjoyable to explore and mooch your way through.

The main street of Bassendean is just like the main street of country towns.  Last week I spoke about jetties being the first opportunities for independence, being allowed to be on a jetty without my parents, armed with a tackle box and a couple of handlines.

Main streets are the same.  I was allowed to walk down my hometown main street, looking at the book exchange, newsagency and ask the butcher for a slice of polony. As Sue and I had an earlier chat about, her kids could walk into the shops of the main street in her town and they were known as her kids, just as she is known as her parents youngest daughter even now when she goes home.

Last weekend I walked down the Bassendean main street.  There were cafes that serve polite conversation.  Really.  The sign out the front advertises coffee, food and polite conversation. There was a butcher, a book exchange, gift shops selling gorgeous local products, including the weirdest candles I’ve ever seen and will not be drawn to describe them further!

There’s urban art that is turning those unattractive bits of our environment into something more as part of the Whimsical Art Project, adding life and colour to street poles, drains and broken paving.

For some great outdoor areas in Bassendean head down to the river and if the river isn’t enough for you to enjoy then here are three reserves on its banks. Beach Reserve has a couple of small beaches perfect for kids and are also popular launching spots for stand-up paddle boarders. Just up from Beach Reserve are the native bush expanses of Bindaring Park and around the corner, near the bridge that leads to Guildford is Swan Reserve which has some great mosaic sculptures in a bush setting, it also overlooks two rivers (Fun Fact: it’s called a confluence) and there’s a group of geese that will hiss and lower their heads at you but still take your bread crumbs.

It is so good of me to find time to mention Bassendean Oval.  Although they are the home to an average footy club, the ground is well above average.

Like all good WAFL grounds, it’s open to run onto and enjoy a kick to kick with a mate or your kids or just to walk a few laps around and look at the beautifully maintained heritage of two of Perth’s greatest grandstands, the Bill Walker Stand and MacDonald Stand.

Bassendean is a Hidden Treasure because it’s a reminder to me of everything I love about regional Western Australia and ‘savouring familiar sights’.

Little shops with staff who love to talk, people sitting on park benches watching the world go by, houses with verandas, streets with kids playing cricket, bush to explore and a footy oval close by, a main street close by and a community close by and not closed off.