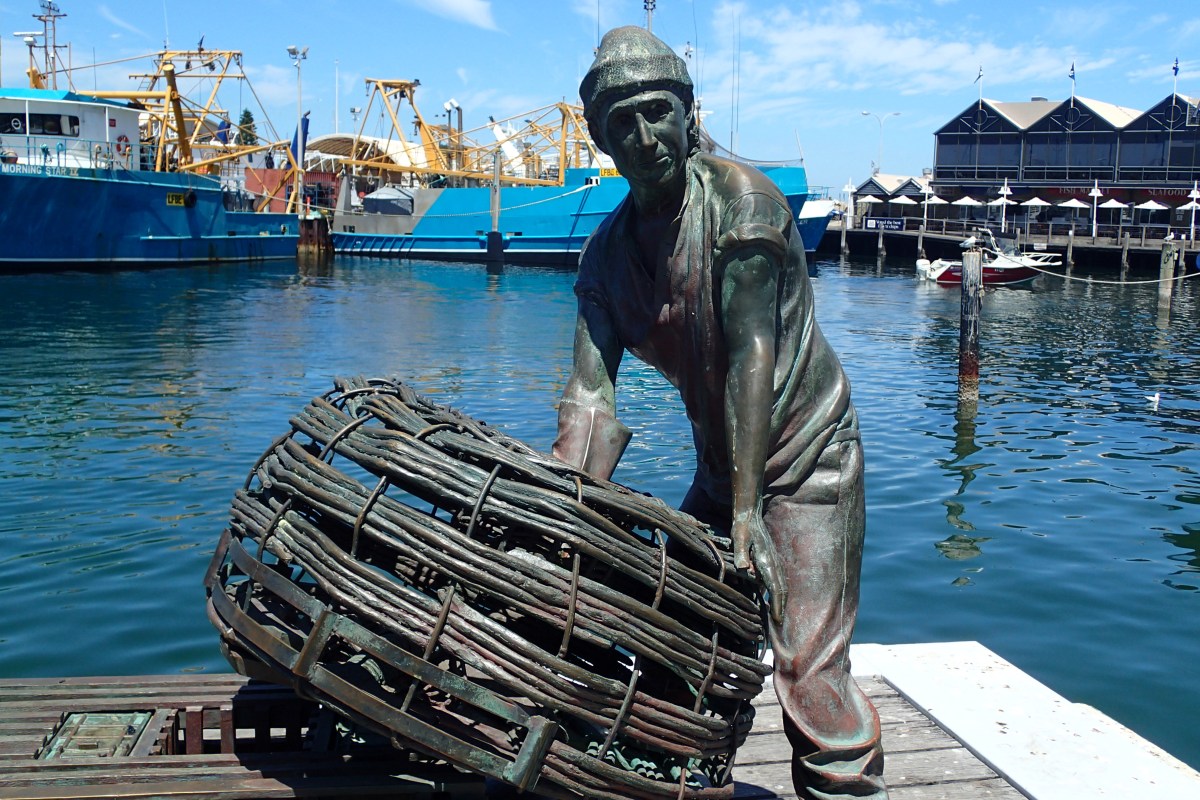 Beginning a weekend escape in Fremantle is tough. Markets? Museums? Fish and chips? Coffee? Ice Cream? Suddenly, with a burble and then a roar, a new contender emerges to kick off our weekend like a cork leaving a bottle; jet boat.

West Coast Jet Boat met my brief for some fast speed action by cranking up an 80’s soundtrack of Aussie rock classics as the throttles were pushed forward on open water. As Midnight Oil’s Beds are Burning pounded the ears, the boat stopped and spun, pounding us with a tonne of water that rose up from the bow.

As we circled the Duyfken like some dorsal finned predator from the deep, I recalled the significance of this little replica ship. In 1606 the original Duyfken sailed around Cape York, met Aboriginal Australians and chartered 350 kilometres of the Cape York coast.

Albeit of less historical importance, our jet boat ride was a great experience for the family to share, enjoy and to get wet. With the amount of water coming into the boat it’s surprising there’s any water left in Gage Roads. Through salt blasted eyes, I notice Matilda in the row in front of me throw her arms up while I grip the rail behind her seat to keep myself steady. It’s a great ride and slide that lasts longer than I expected and is the perfect way to kick start our Fremantle weekend.

Leaving the boat, we walk, dripping wet, across to Esplanade Park. Before checking into the Esplanade Hotel Fremantle by Rydges, we have a ride on the Tourist Wheel Fremantle. Installed in 2013, this impressive wheel has comfortable gondolas to view Fremantle from a height of 40 metres. It’s a great way to look down on the port city and put everything in perspective; the harbour, museums and old west end are to the north of the park, shops and markets to the east and just below and to the west of us is Fishing Boat Harbour, sometimes called the fish and chips precinct. 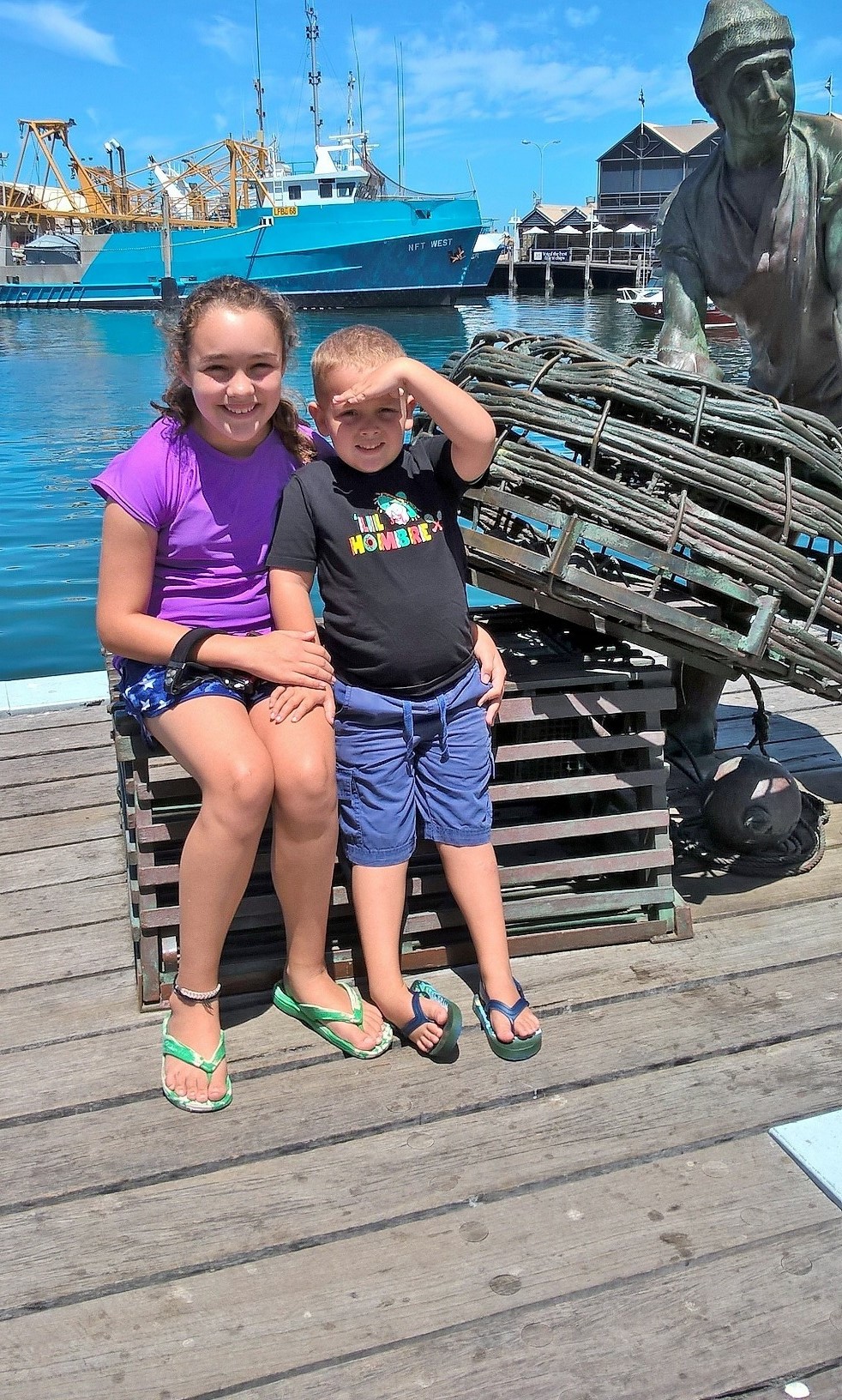 With our ride over we continue across the park and enter the Esplanade Hotel.

The first time I was at the Esplanade Hotel was in 1987. It was the Americas Cup and I was in the lobby when Marc Pajot, skipper of French Kiss, burst in through the entrance, brushing aside anyone in his way, including me. He’d just lost a race to KZ7, the New Zealand challenger, and was a bit upset.

Arriving now with my family beside me, it’s a very different feel from 1987. There’s not the chaos of 1987 and there are less Lacoste shirts and deck shoes as well. What I pick up right away is that wonderful sound you get when you enter atrium style hotels. It’s a hum. There is a life to this hotel. It makes you feel a part of it right away and the warm sunlight streaming in from windows high above the centre of the hotel add to the light, active atmosphere.

As I make my way across to the reception I find myself singing the WA tourism jingle from the late 80’s, “G’day from WA” (Give a smile and say, G’Day from WA!).

It’s not that the hotel reminds me of the 80’s, it’s just that it was a defining moment in our states history and the history of this hotel (the America’s Cup, not the jingle) and I’m finding it hard to shake (the jingle, not the America’s Cup).

There’s so much to do in Fremantle but we’ve elected to choose an easy path for this weekend. I haven’t got a bad word to say about Fremantle museums but for this trip I haven’t got any good words either. We’ve decided to stay away from the Museums and spend some time in the hotel pool. While the kids launch a giant inflatable pretzel, their parents enjoy a drink from the poolside bar before fighting the kids for rights to lay on the pretzel.

As the sun sets on our afternoon by the pool, adjoining rooms provide plenty of space for all of us to get ready for dinner. We walk up to South Terrace and meet some friends for dinner at Pizza Bella Roma. Even though the sun has set, there’s still that floating summer evening light and it’s easy to see just how many people are out early for dinner. Along with the throng, cars drive slowly down the strip not for pedestrian safety but so that their drivers can imagine that everyone is remarking on what a wonderful job they’ve done polishing their cars all afternoon and making sure the stereo bass goes up to eleven.

After bruschetta, pizzas and vast veal schnitzels we search desperately for room in aching stomachs for ice cream. Resurrected by the summer breeze on the Cappuccino Strip, we make our way just up the street to Dolce Vita Gelato. No Neapolitan here. This is quality ice cream with a great choice of flavours and plenty of space to pull up chairs and all sit together. As I enter the age that my father was when I was a small boy I am now enjoying the flavours he did that I didn’t. Spearmint milkshakes. Rum and Raisin Ice cream.

With barely the energy to bid goodnight, we part company from good friends and mosey our way back to the hotel, just a short walk away, not quite enough to burn off even the tip of my waffle cone.

The next morning it’s off to the Fremantle Markets. Refurbished and revitalised in the mid 1970’s, the markets draw locals and tourists together.

As a kid, I used to love the market shops and hated the time mum would want to spend choosing the fruit and veg. Now the fresh produce is what I’m drawn to and I have to drag the kids along, telling them we have to look at all the fruit before picking the best and cheapest.

Within the markets, stall owners spruik and buskers of all ages seek a coin for their talents. Outside the markets there are street performers who are engaging and enthralling. Thankful for having my carefully chosen grapes to snack on, the kids sit down to watch as flaming torches are juggled, swords are tossed and spectators are heckled in good fun.

Back at the hotel, there is time for another swim before the Esplanade Hotel High Tea. Three tiers of scones, sandwiches, mini lemon meringue tarts and crème brulee’s in little pots with shortbread lids is the flourishing finale to our Fremantle weekend. What began with a wet, wild rush has ended in splendid, indulgent elegance.