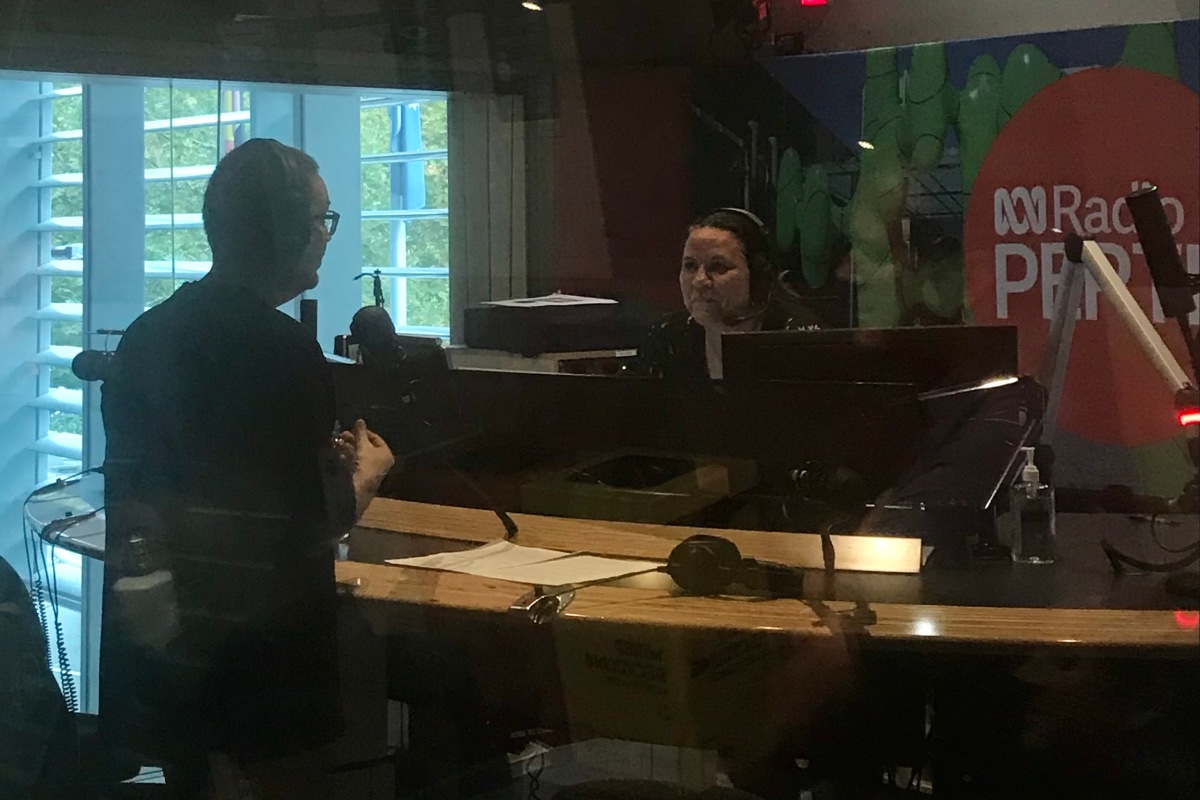 Ro Edwards on ABC Saturday Breakfast is getting Perth up and about every weekend and being a part of her show is exciting and a lot of fun. Our program Hidden Treasures is making a habit of discovering places that have always been there but maybe you just haven’t stopped there before.

Midland was originally proclaimed and named as Midland Junction in 1891 because it is the junction of major roads leading to Perth from the north and east.

Midland is the suburb where many adventures begin as travellers head east on Great Eastern Highway, or north on the Great Northern Highway, and it’s where travellers to Perth give a big sigh and say, “We’ve made it.”

It’s the railway that is as connected to the community and history of Midland as a carriage on the tracks.

I once had a conversation with the Sultan of Johor about his favourite town in Johor, called Muar.  He wanted Muar to be like Melacca, just up the road to the north.

I said ‘I’ve been to Melacca. I’ve been to Muar. They are both great.  Why do you want Muar to be like another town just up the road?  Why would you go to the trouble of becoming like something else that you then have to compete with anyway? Be yourself.  Be known for your history and build on that.’

I thought it was pretty good advice and so did he.

Midland is a bit like Muar. It’s not the best house in the street but it’s got really good residents who are really proud of showing off what they’ve got. Up the road there’s the historical glitz and glamour of Guildford, off to the north there’s the Swan Valley vineyards to sozzle your senses and over the back fence to the east are the hills of the escarpment, overlooking Midland.

Like so many of our Hidden Treasures, it’s not that you have to dig deep to find the treasure, you just have to know where to look.

Let’s stick with the history bit first, move through what you can do now, eat out of an old lunchbox and finish with a sport that’s huge in Midland and America.

For history, anyone who has driven out that way would know about the Midland Town Hall.

It’s impressive and always feels like you’re going to drive into it as you head along Great Eastern Highway which takes a gentle curve to the right as you drive past this great building is Midlands most recognisable building. Just like the road in front of it, it’s got a gorgeous curve to it that makes it not just impressive as Federation architecture but it’s charming and elegant.  With the addition of the clock atop its dome serving as a memorial to local men who lost their lives in war, it’s also a reminder of the sacrifice made by those men and their loss to the community.

After a Mayoral Ball to mark completion of renovations, it’s now a popular cabaret venue and hall for hire (which isn’t as dodgy as it sounds).

The Midland Railway Workshops were the burning, molten metal heart of Midland.  You could hear the work being done for nearly a hundred years by a workforce that came from all over Perth but mostly came from the surrounding streets of Midland.  These days, a walk through and around the sheds is remarkable.

They are towering buildings with big industrial doors and windows and while they’re industrial buildings they are beautiful, magnificent and inspiring.  In the years ahead they may become spaces for sport, for the arts, for movie studios, for many things but for now just get out there and enjoy exploring these big buildings that built trains and rolling stock are also a photographers dream in any light.

Trillion Trees partners with the ABC tv series Fight for Planet A and the nursery grows more than 200,000 seedlings each year and is a great oasis to wander around and purchase some native plants from volunteers from a range of diverse backgrounds and employment training programs. They’re also working with local schools, including Woodbridge Primary School and Moorditj Noongar College, teaching the kids about cultural ecology.

The Midland Junction Arts Centre is the cultural heart of Midland provides workshops for all ages, has three galleries, workspaces for artists and want-to-be artists and works really hard to engage the community in creative ways.  A huge range of workshops are available including after school ceramics for the kids, life drawing for the adults and tactile tours for participants with disability to experience the arts through discussion and touch.

The Robot Bun Factory is an example of the quirky cafes springing up all over Midland, some selling records and bric-a-brac, others selling local art but when a café gets you coming back you know it’s not just about the robots and free board games, it’s about bao buns served in 1950’s style tin lunch boxes and a local crew doing their best to put a funky pin in the map of Midland.

The Midland Farmers Markets are one of the oldest markets with the freshest fruit and vege produce alongside live music and pickles, cakes and jams. The next one is tomorrow and its out the front of the City of Swan offices on Market Square.

While Guildford has the antique shops, Midland has second hand shops and charity shops that are a rummagers delight and my teenage daughter Matilda’s obsession as she searches high and low for clothes or diligently and silently flicks her way through boxes of old records.

Watch some baseball or teeball at Charlie Hodder Baseball Field.  Baseball has a rich history going back to the 1940s and a rich competition that is great fun to watch in the stands with a hot dog.

Midland is a hidden treasure because it’s not trying to be like something else.  Surrounded by glamourous neighbours, it has dug its heels in and supported by a rich rail history, they are building a community and attracting visitors for the art and culture, fresh produce, funky cafes, collections of charity shops and sport you might have only seen before in the movies and on tv.