Wonderful discussion on the ABC Breakfast Show with some very funny talkback callers confessing to all sorts of things that have just ended up in their bags.

Do we leave our values and compliance with rules at home when we check in to a hotel?  As the hotel card is pushed down to activate the lights do you scan for what you can put in your bags?  Pens? Notepads? Body Lotion? Do Not Disturb Sign? Lamps? Batteries from the tv remote?

Above: My favourite hotel pen from The Palace of the Lost City in Sun City, South Africa.  If you’re reading this Sun City it was my daughter Matilda who put the pen in my bag.

My son Tom is still worried the Narrogin Police are chasing after him for taking the complimentary biscuits in the room at the Narrogin Albert Facey Motel.

Things you will likely be charged for include:

Pocket a pen, squirrel away the toiletries and maybe take a few tissues if you need them but try and leave everything else for the next guest.

You’ve paid for the room, you haven’t paid for its contents.

Have A Go News newspaper recently published my list of the Top Ten No Tech Travel Accessories that you should have on every trip.  They’re also all lightweight and easy to store.

Aquatabs are as close as I get to panic prep packing but because they are easy to tuck in your toiletries bag with other medications they’re worth having if you ever doubt the safety of the water you’re drinking.

Have a Go News is distributed throughout Western Australia to nearly 2000 community centres, recreation centres, supermarkets and more. 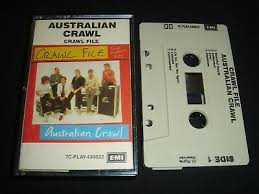 In the 1984 comedy movie, Top Secret, the French resistance group has a member whose name is De Ja Vu.  There is a scene in the movie where he is introduced to another character and he looks at him suspiciously and says, “Haven’t I met you somewhere before?”

Like deja vu, the sense of nostalgia can be triggered by an experience we are having.  I was reminded of this recently when I saw an Instagram post of a Sydney ferry.  Immediately I was taken back to 1983, pressing play on my red Sharp QT-12 cassette recorder to listen to Reckless by Aussie Crawl.  The line in the song about the Manly ferry cutting its way through to Circular Quay came straight back to me just looking at the Instagram post of a Sydney Ferry.

There’s so many other ways this can happen.  Like the Instagram photo, I read a travel article the other day that included a photo of Polignano A Mare in Pulia, Italy.  The photo was of a particular part of Polignano A Mare that I swam at, ruining many tourists photos.  It’s one of the great joys of travelling; the years afterwards when you see the places you have been to in movies and the news or read descriptions of them in stories.

Ah!  Cream buns.  For me the sight and the smell reminds me of the Rottnest Bakery on a summers day.  Perhaps it triggers a memory for you of the Dunsborough Bakery or the bakery in your local town.

The sights and smells of our travels throw us back in time and similarly, the joy of travel will be triggered for the rest of your life  as you smell a cream bun or pad thai, check your friends social media posts or watch the latest blockbuster at the movies.  Revel in it!  Enjoy what travel can do to your senses and your memories!

When I established, Chris Parry Writes For Us, I would tell clients that the inspiration for my business name came from seeing my first article published with the descriptor … Chris Parry writes for us about his experiences …

It was so cool.  I had written 1500 words that an editor thought was worth paying me for and other people would enjoy reading.

To be completely truthful though, there was a story I wrote a few months earlier that was published and had really got my confidence fired up to write more.

I had submitted a description of the photo above to a newspaper weekend supplement that published descriptions of why you like a particular photo.  Mine was published and won the best submission for the month.

The submission was based on the photo above.

The photo is of my boy Tom gleefully teasing my daughter Matilda with a piece of kangaroo poo while on a bush walk.  I wrote that it was a photo that would never be enlarged as a canvas but told a very large story.  It showed me that the difference between boys and girls may be found in their reaction to bush poo.  It also showed me a lot about this brother and sister.  A brother emerging from being a toddler, developing a cheeky side to his character and begining to push his sister for reactions.  It also showed a sister that was disgusted but not upset.  She saw the funny side and didn’t get upset with her little brother.

How lucky I am to have been able to write about that moment and share those thoughts with those who like to read.

The world has changed in the past few years hasn’t it?

In the world of Instagram I would now post that picture with a bunch of hashtags designed to help it be found.

I might get away with a small caption but the chances of it being read by someone gliding through their Instagram feed are slim.

The expression, ‘A picture tells a thousand words’ has never been truly accurate.  The picture captures an image we should describe by writing about it or talking about it.

There are wonderful pictures that evoke and provoke emotions and reactions but they are always enriched when you know the story. From a dead rhino with it’s horn missing to the girl with green eyes and the dead boy on the beach, unless you know the story you’re missing the point.

I’m struggling in the Instagram world to communicate what I think I’ve been pretty good at; describing experiences that make people want to jump up and do it for themselves.  Whether in print or on radio, I have always loved telling my travel stories and experiences but it’s less enjoyable when it’s reduced to a photo and series of hashtags.

And yes, I am on Instagram at chrisparrywritesforus.  I post to meet clients expectations and try and stay part of a world that feels like a crowded room and everyone is taller than me.